How To Track Ovulation With Irregular Periods: Pregnancy & AUB

How To Track Ovulation With Irregular Periods: Pregnancy & AUB

Conceiving With An Irregular Period

For women trying to conceive, the best way to increase the chances of success centers around pinpointing ovulation accurately. Ovulation is when a woman’s ovaries release an egg. Often, the chances of an egg successfully being fertilized by a man’s sperm are limited to a 5-6-day window within a woman’s menstrual cycle. Considering the narrow window for conception, knowing when ovulation can occur is essential. But for women with irregular periods, conception can sometimes be difficult and relies on the critical task of confirming when ovulation is happening. 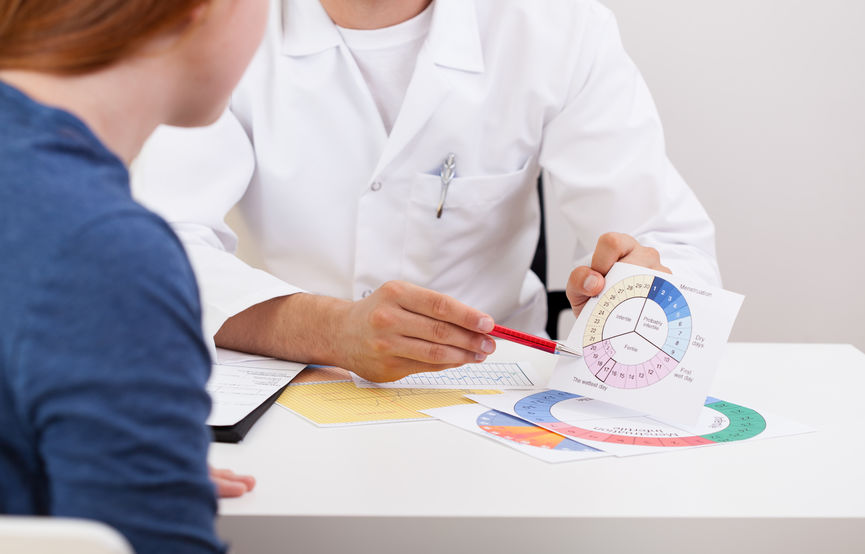 Even though many people learn that a menstrual cycle is usually 28 days long, the truth can be entirely different. The 28 days may be an average, but the average woman’s cycle can vary from as little as 21 days to as many as 35 days. But for some women, every cycle can vary in length and may even fall outside of the 21-35-day range. Women who are outside the average range are considered to have an irregular period. As a result, predicting when ovulation or the next period will occur can be difficult.

How to track ovulation

For women with irregular periods, conception isn’t impossible but can require additional steps to occur. Specifically, a woman should focus on tracking ovulation but prioritize using a reliable method such as an ovulation test for increased accuracy. For women with an average menstrual cycle, experts recommend using an ovulation test or monitor roughly halfway into a menstrual cycle when ovulation is predicted to occur. But since a woman with an irregular period can’t accurately predict a halfway point, the best option is to test regularly starting at the end of the last period.

When a woman is about to ovulate, an important hormone known as the luteinizing hormone (LH) begins to spike, which indicates that an ovary is about to release an egg. LH levels usually spike 24-48 hours before ovulation begins, indicating a 5-6-day window when a woman is most likely to conceive. An ovulation test can track the LH levels in a woman’s urine and serve as a strong predictor that conception is most possible during the ovulation window. When used accurately, ovulation tests are considered 99% effective and are considered one of the best options for improving conception success rates in women with irregular periods.

While an irregular period can make pinpointing ovulation a little trickier, women can still get pregnant. Physical indicators can be effective for tracking ovulation, but for women with irregular periods, an ovulation kit can remove the guesswork and clarify when conception is most likely. For more information about fertility and trying to conceive, speak with a healthcare provider.