4 Early Signs Of Pregnancy: How Accurate Are Pregnancy Tests?

4 Early Signs Of Pregnancy: How Accurate Are Pregnancy Tests?

For couples trying to conceive, the urge to test immediately after intercourse can be tempting. The phrase two-week wait (TWW) was coined because women have to wait two weeks to ensure that enough hCG is present for a pregnancy to be accurately detected. What is more frustrating is that many of the same symptoms of early pregnancy are also present for women about to begin menstruating. So, how accurate are pregnancy tests? The answer depends on when the test is administered. 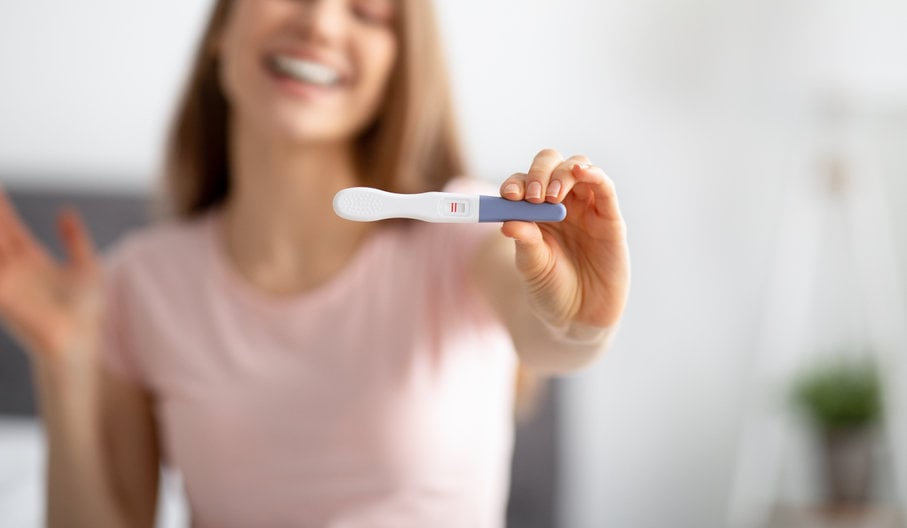 Trying to stay calm during the TWW period can be difficult, especially as women attempt to analyze every twinge and discomfort as a sign of implantation. As mentioned, symptoms can be similar between early pregnancy and an impending or recently arrived period, making parsing the difference difficult. Common early pregnancy symptoms include spotting and cramping, breast changes, fatigue, nausea, constipation, headaches and back pain.

As tempting as taking a pregnancy test shortly after intercourse may be, avoid the urge. Even the earliest blood testing requires waiting a few days before hormone levels rise high enough to be detected. In particular, the tests need to detect human chorionic gonadotropin (hCG), one of the pregnancy indicators. Testing too soon can lead to false negatives and frustration. And two types of tests exist, at-home tests and tests performed in a healthcare facility. Is one option better or more accurate?

All pregnancy tests screen for hCG, but at-home tests require a urine specimen. When used correctly, at-home pregnancy tests can be roughly 99% accurate in detecting pregnancy. To get a true result, following the instructions on the packaging is imperative. Common tips include testing the first morning’s urine and avoiding excessive drinking of fluid before testing. Some tests must be placed in a urine stream, while other tests can be placed in a cup. Accuracy improves the longer a woman waits to take the test. Many tests can detect as soon as 10 days after conception occurs or as early as two days before a potentially missed period.

Whereas at-home tests rely on urine samples, getting a test at a doctor’s office requires a simple blood draw. When timed properly, blood tests are also 99% accurate, meaning that both doctor’s office and at-home tests are relatively equally effective. Blood tests do tend to have higher sensitivity thresholds for detecting hCG. So, many people may receive a BFP as soon as nine days after conception.

Understandably, waiting two weeks to get a result is difficult and can leave many women and couples on edge as the time passes. Testing too soon and getting a false negative result is much more frustrating. In most cases, people will rely on at-home pregnancy tests for initial conception discovery and then schedule an appointment with a physician for a blood test confirmation. Follow the included instructions for the best results when using a pregnancy test.