How Does Tobacco Use Affect Male Fertility? Smoking & Infertility

How Does Tobacco Use Affect Male Fertility? Smoking & Infertility

Male Infertility And Tobacco Use

Many people often assume that conversations around infertility are exclusively about issues that women face. But the truth is that male infertility accounts for almost a third of all infertility cases in the United States, with female infertility representing another third of cases, and infertility in both partners rounding out the remaining cases. While genetics can play a part in infertility, lifestyle choices and behaviors can also have a major impact on a man’s fertility. In particular, tobacco use can be just as detrimental in men as the behavior is for women. 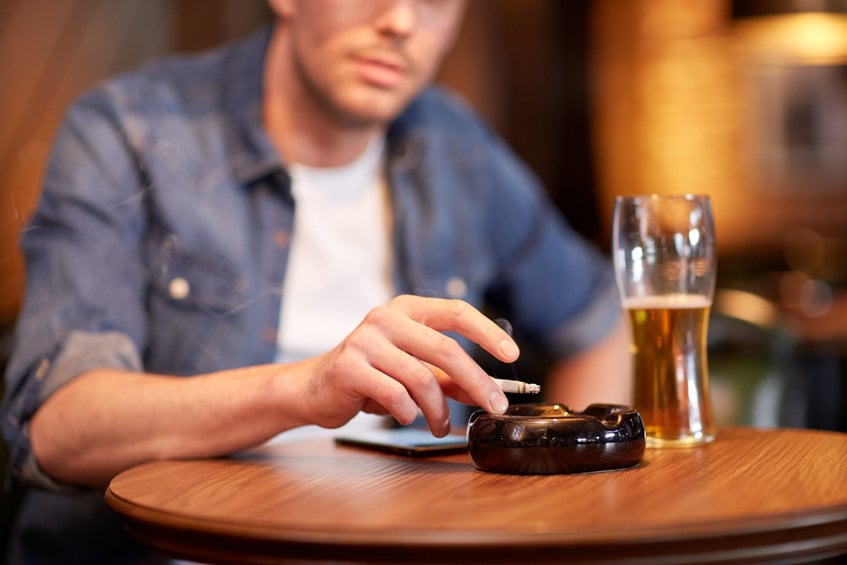 While female fertility topics tend to center around egg quality and ovulation while male fertility often focuses on sperm and semen quality. Research has shown that regular tobacco use can reduce quality in a variety of ways. Specifically, tobacco can decrease sperm concentration in semen as well as reduce motility. Additionally, regular smoking or tobacco use can also lead to sperm deformities. Poorer sperm and semen quality means that couples may struggle to conceive naturally.

An increase in DNA fragmentation

Along with reduced sperm quantity, smoking can create DNA fragmentation in the sperm. DNA fragmentation can lead to difficulties with sperm fertilizing the eggs, trouble with embryo development and implantation, and even lead to an increased risk for miscarriage. Some studies have found potential links between smoking in male parents and congenital disabilities in the offspring and increased cancer risk.

For couples that must rely on fertility treatments to conceive, smoking can be equally detrimental. Research has shown that in both in vitro fertilization (IVF) and intracytoplasmic sperm injection (ICSI) IVF, sperm harvested from smokers led to lower success rates than in couples where the male partner didn’t smoke. As compared to the average success rate of 38% for nonsmoking men, men that did smoke had rates of just 22%.

A link with erectile dysfunction

Struggling to get and maintain an erection is a common contributing factor to conception difficulties. And unfortunately, a strong link exists between the frequency with which a man smokes and the likelihood of experiencing erectile dysfunction. Note that men consistently in the presence of secondhand smoke are also at risk of developing erectile dysfunction. However, in several studies, evidence has shown that men who quit smoking could improve sexual health over time.

Does the type of tobacco matter?

While smoking is considered the more harmful option for overall health, evidence suggests that chewing tobacco can be equally bad for men trying to conceive. Research has shown a link between heavy chewing and sperm quality and quantity. But the verdict is out on whether or not chewing tobacco can be directly linked with a decrease in male fertility?

So what should smoking men do?

If having children is a goal, the evidence is clear. Along with all of the known health risks that smoking or tobacco use in general poses to both men and women, specifically for fertility, tobacco use is a surefire way to reduce success chances. Experts agree that working to quit smoking before trying to conceive can help to boost success rates. Men seeking help or support to quit smoking or to understand better how tobacco can impact fertility should speak with a physician.