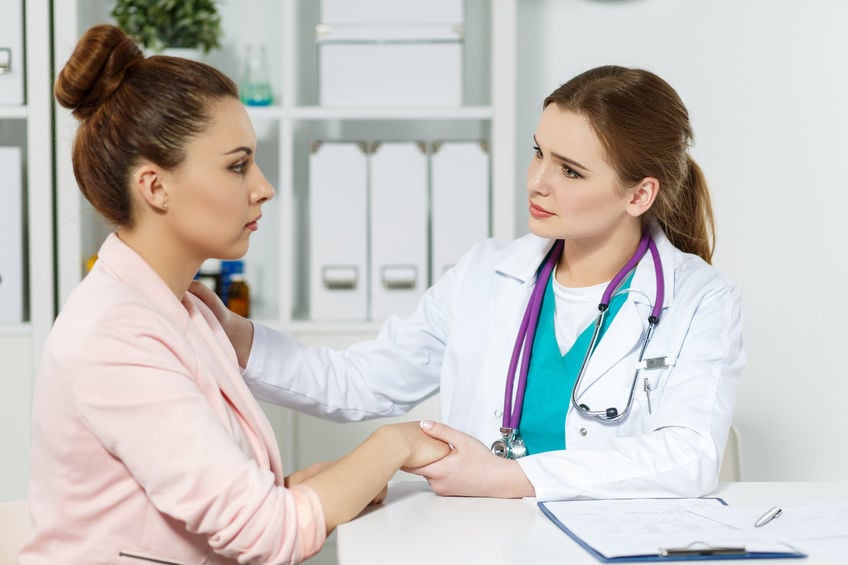 Not A Normal Cycle

Women are accustomed to minor aches and pains in their lower abdomen. But, when it feels different, it could be an ectopic pregnancy or miscarriage. This can happen even when you’re unaware that you were pregnant.

Each month ovaries release eggs. The egg travels into the fallopian tubes, where it comes in contact with sperm and is fertilized. The fertilized egg remains in the fallopian tube for a few days before moving into the uterus and attaching. Once in the womb, a baby can grow until birth.  Sometimes, this process doesn’t work as it should. This is when one might experience a pregnancy complication.

During an ectopic pregnancy, the fertilized egg attaches to the fallopian tube or in another part of your abdomen. If the egg never made it to the uterus, the pregnancy can’t continue, and you would need immediate medical treatment. It’s estimated that this happens in about 1%-2% of all pregnancies. As the fertilized egg grows, you can experience the following symptoms:

Treatment for ectopic pregnancy depends on the location of the fertilized egg, and the severity of the symptoms. Often, the pregnancy will resolve on its own, and no treatment is necessary. Other times, medications or surgery will be required.

What is a miscarriage?

The March of Dimes estimates that up to 50% of all pregnancies end spontaneously before a period is missed or the woman even knows they’re pregnant. This is known as a miscarriage and happens any time before the 20th week of gestation.  Most miscarriages don’t happen due to a problem with the mother. Usually, they occur when the baby had a genetic issue that was not compatible with life.  Miscarriage symptoms are as follows::

When a miscarriage is suspected, a physician will typically perform a pelvic exam, blood work, and an ultrasound to confirm this condition. No other treatment may be required if the miscarriage is complete. However, if the doctor suspects there are any remaining tissues in the uterus, a dilation and curettage (D&C) performed may be performed to cleanse the uterus.

What’s the difference between a miscarriage and ectopic pregnancy?

There are two primary differences between miscarriages and ectopic pregnancies.  The first being is that an ectopic pregnancy is not a developing pregnancy and can potentially be fatal to the mother.  The second is that while an ectopic pregnancy may mimic a miscarriage it is actually a fertilized egg that implants outside the womb, typically in the fallopian tube.  Regardless of whether the woman knows she is pregnant if she starts experiencing unusual symptoms she should consult a physician immediately.